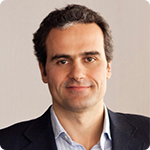 Carles is based in London.. Carles has extensive Venture Capital experience, having actively managed different VC funds since year 2000. 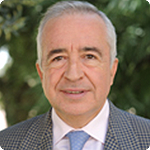 Vicente Font is professor in the Marketing Department. His areas of expertise include marketing strategy and refocusing family businesses. He has consulted widely with a broad range of businesses, including banks, insurance companies, small and medium-sized enterprises (SMEs) and multinational companies.

Prof. Font has consulted and taught in many countries , around the world, including Portugal, Chile, Uruguay, Argentina, Peru, Ecuador, Colombia and Spain. He serves as an advisor to a number of Spanish companies, as well as to multinationals with operations in Spain. He also leads a number of educational and health-related foundations, on a voluntary basis. 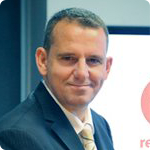 President and founder of Red Arbor

David González Castro is an entrepreneur and investor in Internet business,co-founder of Anuntis, Spain’s leading Internet-based classifieds company, and founder of Infojobs in Brazil.

In 1997 he began his Internet adventure being one of the first people in Spain who believed in the future of the on-line business. Since then, the on-line division of Anuntis has continued to grow, and in 1999 it had to transform itself completely to adapt to the new digital business. After the dot-com crash Anuntis took the definitive leap and closed down all its paper-based production.

This is a case of a complete business transformation which David González has narrated in his book “The Conviction”.In July 2013, he sold his shares in Anuntis to found his new firm RedArbor.

This site uses cookies for statistical navigation data of its users. If you continue browsing consider accepting use. More information Close